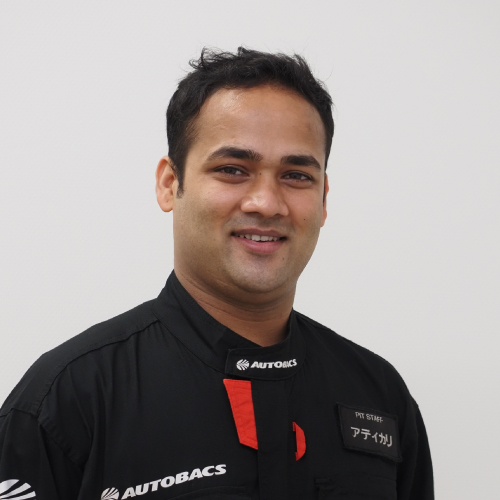 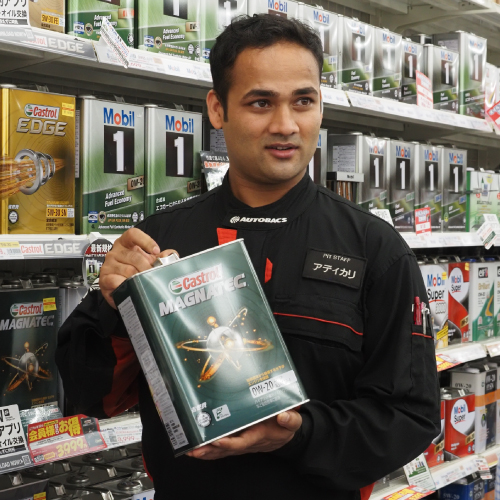 As an Autobacs employee, my work includes product explanation and sales, including customers who are non-Japanese citizens. I work while studying on my own and ask my senior colleagues to learn more about automobiles. It’s enjoyable, and I feel fulfilled working in a field I like since I’ve always loved automobiles. Although there are times when I’m not able to explain products and services well when working as an in-store staff, it’s a good working environment as there are many kind people in Japan, including the customers and my colleges at the company. This is why I work, upholding my policy to value my customers, and take heart to relate to people kindly, following their examples. 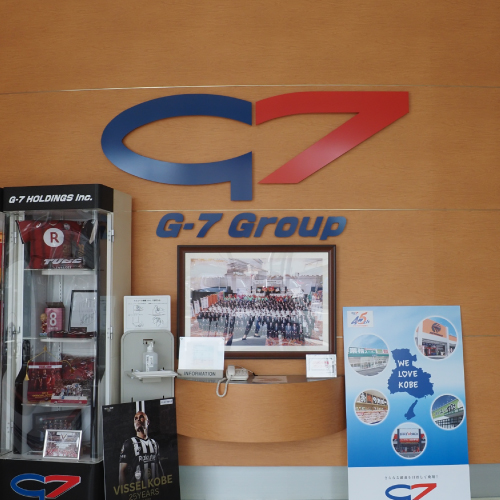 After graduating from a technical school in Nepal, I came to Japan as an international student to study the language in Kyushu. I then joined a company in Kobe.

When I was 16 years old, I had the opportunity to learn about Japanese culture and the country through news and TV programs in Nepal. I had the desire to someday go to Japan. I especially was attracted to the Japanese people's kind personalities and how orderly the towns were functioning. Public transportation, such as trains, had minute schedules. I was surprised that it always arrived and left on time. After graduating from high school in Nepal, I went to a business vocational school.
I came to Japan after graduating as an international student to study the language. I then studied for two years at a vocational school in Fukuoka. I lived in Tenjin, Fukuoka, during that time. At the beginning of my visit to Japan, I had difficulty reading Japanese, having an immature understanding of the culture and the language.
For example, I couldn’t read “sugar” and “salt” and didn’t understand the meaning. I made a mistake when using it because they were both white powders. I got to know about the G-7 company in Kobe at a company information session. I decided to work in Kobe because it was related to automobiles, which I loved. 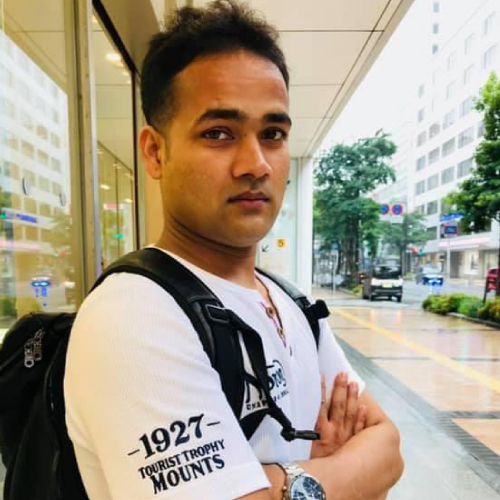 The landscape of Kobe includes mountains and sea. It’s attractive because it offers a variety of natural experiences with a little bit of traveling. In addition to the natural environment nearby, Kobe City is a large city, so there are plenty of stores where you can shop, eat, and stroll on your day off.
I like to go out on my own, and there are plenty of places to enjoy in Kobe. I’m able to have an enjoyable and fulfilled daily life here. Living in Kobe means you don't have to travel far to experience the natural and urban atmosphere. I especially like going to an izakaya, a Japanese style bar.
I enjoy having alcohol and often drink sake or beer. I’ve been drinking sake ever since I first drank it after coming to Japan. I like drinking it hot using a sake cup called an ochoko. Although there are times I feel that the living expenses have increased from Kyushu, where I used to live, I’m still able to have a daily life that is fulfilling in both my work and private life. 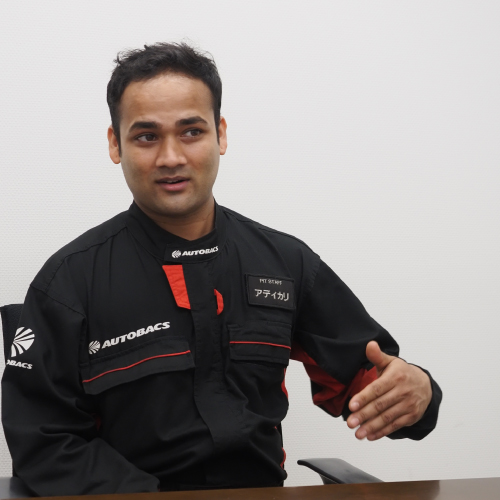 I recommend taking your chance to come to Japan if you want to work in Japan someday. This is because even if this is your first time living in a foreign country, Japan is a far safer choice than other countries or regions, as many people in Japan are kind. You won’t feel so lonely as many non-Japanese citizens from all over the world come to work in Kobe.
You can also learn a lot of things you can’t learn in your home country. In my case, there are hardly any places where I can learn about automobiles in my home country, even if I love it and want to do business in the field after acquiring the skills related to it. However, it’s different here in Japan. It's an environment where you can expand your potential and seize opportunities for your future.
I believe the secret to enjoying working in Japan is to discard the feeling that you are not good at something and actively communicate with everyone since you can meet all kinds of people. I believe this is especially true in Kobe, as it’s an international city with a port. It offers a friendly environment for people who come to Japan to work for the first time. 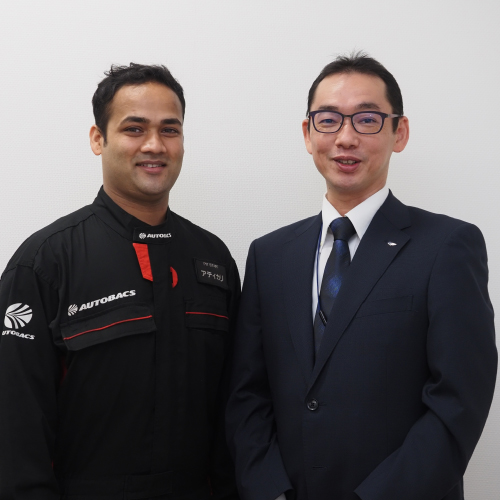 We have been actively recruiting non-Japanese talent for about three years. Some of the reasons include the decreasing automobile users in Japan, which is not the case overseas, lack of human resources in Japan due to the declining birthrate and aging population, and the foreign talent's high motivation towards work.
We are also planning to expand our business overseas. Although it does not take a lot of time to prepare stores and products, it takes more time to help people grow. Looking ahead, we are focusing our efforts on securing and developing human resources under the theme of the "Vision for the 21st Century." In particular, we are mainly recruiting from the ASEAN region, as many people in Southeast Asia are interested in Japan's automotive technology.
We have seen the excellent effect of recruiting non-Japanese talent. Their mindset and motivation towards their work also transmit to the Japanese employees, raising the motivation to work within the company due to the synergy. Kobe is a region that is very comfortable to live in with a good and stable climate.
As we are gathering human resources from all over the country in Kobe, I hope that you’ll come to Kobe to find a place where you can be successful.
(Deputy director Personnel department Kazuhiro Hisamoto)