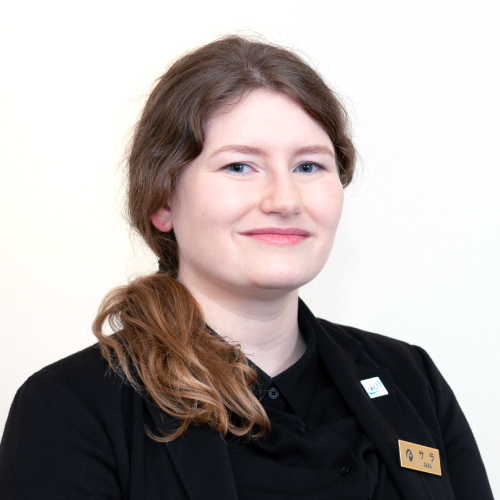 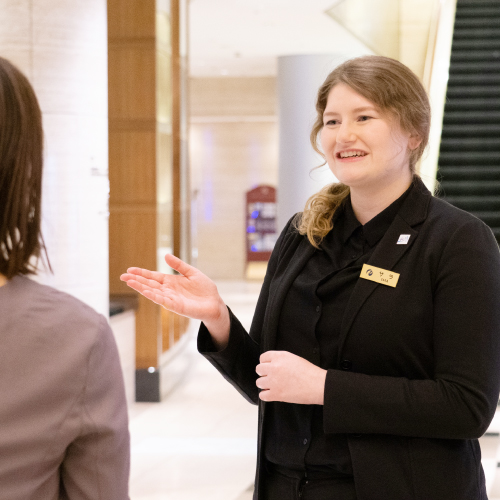 I’ve been with this company for about a year now. I’m the team leader of the Sales Convention Department. My job is mainly interpreting and managing large academic societies and banquets. Specifically, I respond to inquiries from overseas in English, create quotations, create restaurant menus and guest room materials for non-Japanese customers, offer guidance when overseas customers come on the day of the event, and interpret at events. I’m glad that overseas guests can use our hotel with peace of mind because I’m also a non-Japanese citizen.
I really love the job of interpreting. Although there is pressure because I have to interpret on the spot, it’s worth it. I believe that I’m able to gain extensive experience and be involved in important meetings in various fields because of my job as an interpreter that utilizes my strength of English skills.
I value relationships at my work. English and Japanese are undoubtedly important as I’m an interpreter. However, I do believe that heart-to-heart communication is the foundation. I’m careful to pay attention to what the customers are thinking. 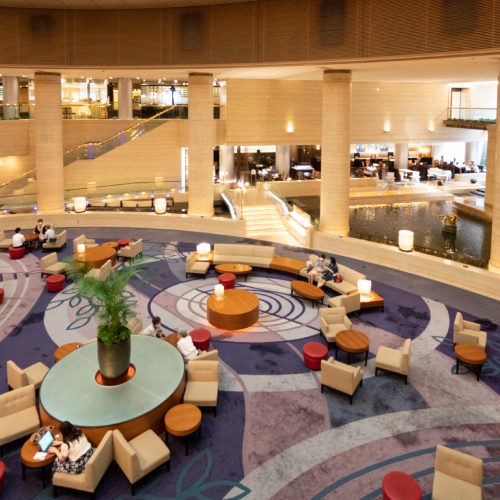 After teaching English in Kobe, I chose to join my company because I wanted to stay in Japan and work as an interpreter

I became interested in Japan because my father's friend's wife was a Japanese-American. My father loved Japanese anime, and I watched it with him since I was a child. I wanted to be a manga artist. My dream was to go to Japan, where anime is made. My mother told me that if I wanted to go to Japan, I had to speak Japanese. I chose to go to a high school to study Japanese and was taught by a Japanese tutor.
After that, I was studying art at a university in the United States. However, I couldn't give up on my dream of going to Japan. I studied abroad and studied at Kansai Gaidai University in Osaka for a semester. After graduating, I applied for the JET Program (a foreign youth invitation program that teaches English) while working part-time at an airport in the United States. I came back to Japan to teach at elementary and junior high schools in Kobe City for five years.
After the contract ended, I started my current job being introduced by a senior of the JET Program. I had to decide on a job early because of my visa. I knew the enjoyment of interpreting as a part-time job, so I quickly decided to join the company. I had used the hotel privately, and I found it attractive to work in such a beautiful place. I believe there was a special connection. 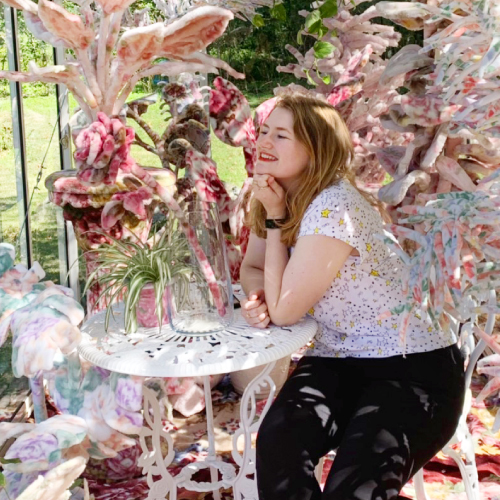 Kobe is a comfortable city to live in with great transportation

I'm from Chicago in the United States. As Chicago is a big city, and Kobe is a small city compared to Chicago, I did feel that some things were missing when I first started living here. However, it’s a very comfortable city to live in when you get used to it. Transportation such as the subway and JR is well developed and convenient. Kobe also has a deep connection with overseas in its long history and has a unique atmosphere. It’s interesting because even in the same city of Kobe, the atmosphere will change just by traveling a little.
Living in Kobe, I do hope that there will be more hospitals that offer services in English. Although I can have a medical examination in Japanese, I’ll feel more secure if I can also speak in my native language in case of an emergency.
I often spend time with my non-Japanese friends I befriended through the JET Program on my days off. There are not only Americans but also people from various countries in Kobe. I sometimes visit places to look at paintings since I like it. 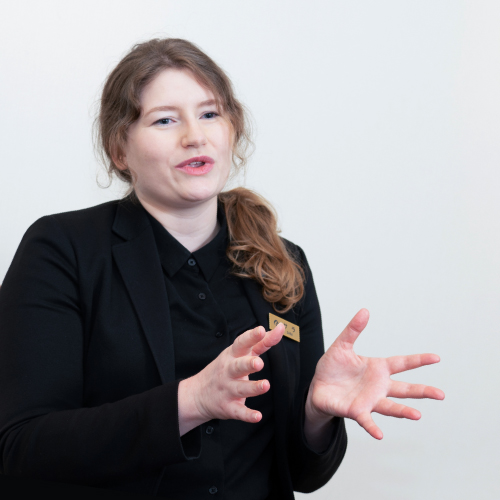 My work as an interpreter has taught me that Japan needs the English skills of native speakers. As the job as a Japanese interpreter tends to be done by Japanese who can speak English in the United States, I believe there are opportunities for people who are active in Japan to work as an interpreter.
It’s important to first come to Japan to get a status of residence even if you don’t get your ideal job if you’re wondering whether to work in Japan, not limited to Kobe. I think it’s best first to acquire a visa, open the door to work in Japan, and then find a job that suits you.
In my case, that door was JET. Initially, I didn't want to be a school teacher. However, I was able to find a job in Japan because of JET. I was also able to get to know the company I now work for through the introduction of the seniors of JET. You may be able to have various encounters by coming to Japan. Try coming to Kobe first if you are not sure about it, as there are many large companies in Kobe. 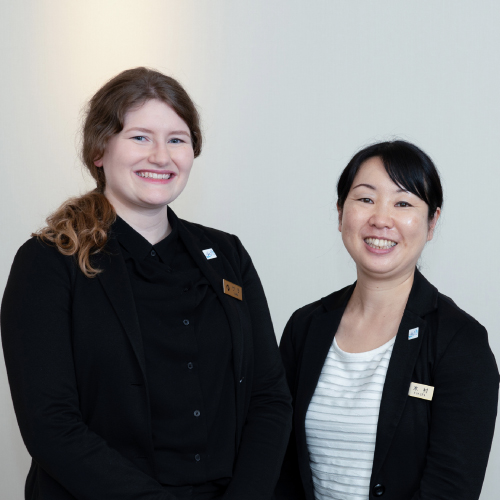 Our hotel focuses on MICE, especially conventions. This is why we have many customers who come for business, such as academic conventions, in addition to inbound tourists. I believe the non-Japanese staff's presence is crucial for overseas customers to use our services safely and with peace of mind. We also have Chinese staff, in addition to staff from English-speaking countries. We also have an Italian staff working in the kitchen.
Hiring non-Japanese staff has been a good stimulus for Japanese staff. The staff who are fluent in languages are limited to accommodations. Many of the staff in the restaurant department are not good at languages. However, working with non-Japanese staff gave us an opportunity to reaffirm the importance of acquiring language skills. An increasing number of people at our company have started to take the TOEIC test and study English conversations.
As Kobe is an international city, I believe it’s a place that offers many opportunities to non-Japanese citizens to fully utilize their native language skills. You can also experience international conferences, as our hotel is especially focused on conventions. It’s an attractive job that allows you to utilize the strengths of being a non-Japanese citizen and help overseas customers feel comfortable.
(Assistant Director Human Resources Hisayo Kimura)